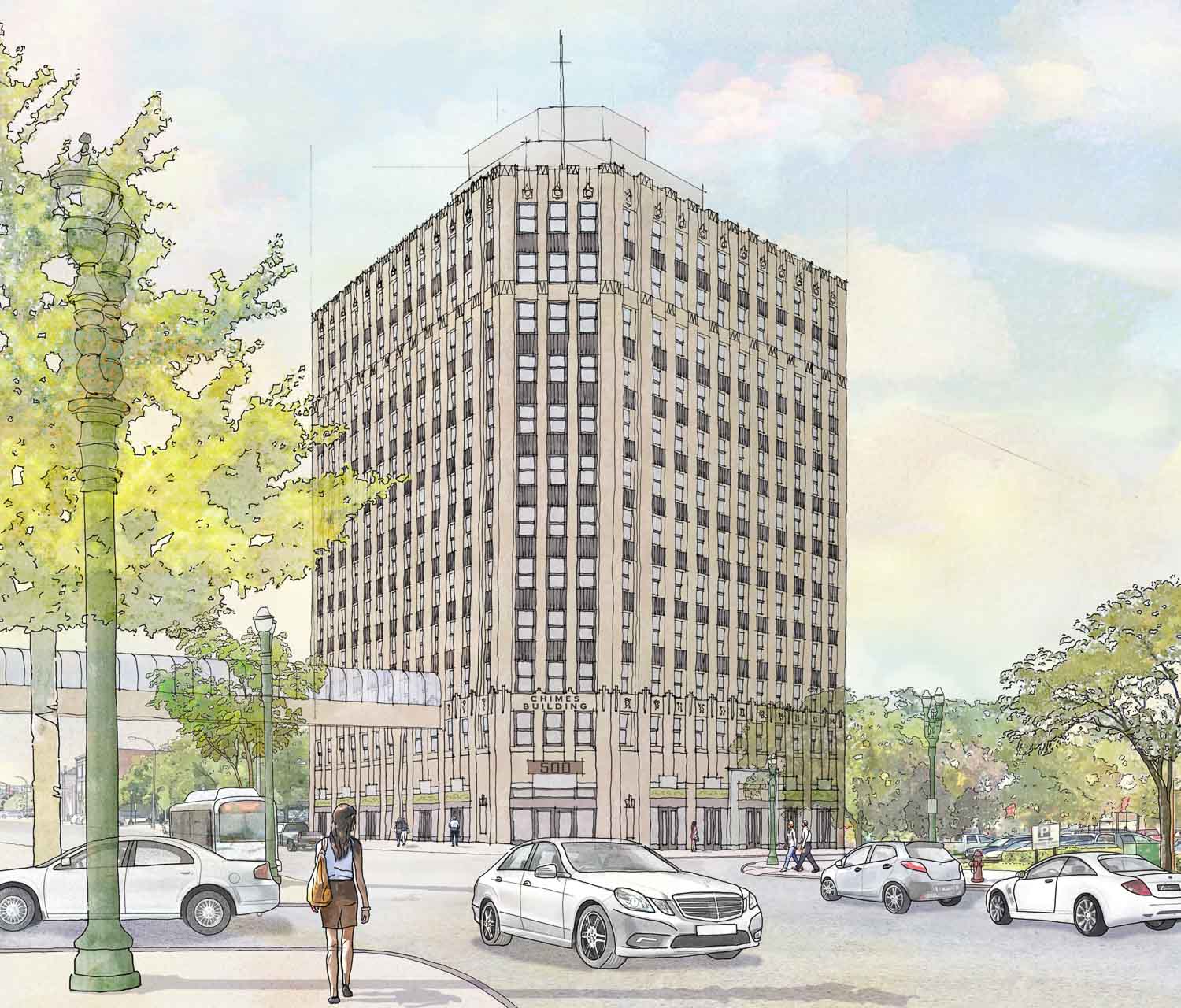 Early this winter, the Crosskey’s team headed to Syracuse, New York to assess and document the Chimes Building. Built in 1929, the Art Deco style building is located at the corner of West Onondaga Street and South Salina Street. The chamfered building corner gives the building prominence at a vital intersection and serves as a visual terminus for Salina Street. Shreve Lamb Harmon, architects of the Empire State Building, collaborated with Frederick O’Connor of Syracuse to design the twelve story office building. The building was famous for its chimes, which struck every fifteen minutes and whenever Syracuse University won a football game. The chimes were discontinued after World War II.

The building is a very good candidate for redevelopment as a mixed-use project, providing much needed housing in downtown Syracuse. The retail/commercial spaces at the street level will remain but will be reconfigured. The second floor will be redeveloped with twelve (12) one and two-bedroom flats, a community room, fitness room, and leasing office. On floors seven through twelve, each floor will be converted into twelve (12) one and two-bedroom flats for a total of 81 units combined. The third through sixth floors were previously converted to apartments.

The sound of the chimes no longer reverberates off the buildings along the Salina Street corridor, however, the Art Deco style building is a reminder of a significant movement in architecture. As we leave the past behind and move ahead in changing times, the Chimes Building will be rehabilitated to insure its long-term preservation. A graduate of Syracuse University, Mr. Crosskey, is excited to return to Syracuse to do what we love in historic preservation and community revitalization.