When I started out at 28 years old, I was naive about what and how long it would take to build a successful practice. Working out of my living room, I was helping a friend start his business and decided I had enough extra time to go at it on my own. We shared a space at 51 Wethersfield Ave. above the Hartford Architecture Conservancy. I had no clients and so began sending introductory letters to contractors and developers listed in the yellow pages. With an overall success rate of about 1-2% over the course of time, I was eventually able to rent an office -really a room- on the second floor at 190 Wethersfield Ave. My first work included house additions, multi-family apartment building rehabilitations and eventually small historic preservation projects. Six months later, I moved into two rooms in the front of the building and hired my first employees. In 1985, we purchased our first computer and used it for bookkeeping and billing. We quickly outgrew our space, and in 1987 I bought a building at 125 Maple Avenue. It was a brick Italianate building built in the mid-late 119th century. The first floor contained a restaurant and grocery store. We took the second floor for our office and the third floor had two apartments. While there, I renovated the exterior by repointing the brick, rebuilding the large wood overhangs with ornate wooden brackets, and removing the old rear three-story porch.

I started adding staff as the workload grew, and by late 1988 the office had a staff of 9. It was a great group, all of us in our early 30s or younger. We used to leave work early on Wednesdays in the summer to go waterskiing on Bantam Lake together in the evening – The blissful go-go 80s. Then, suddenly the recession of 1989 hit, banks failed, developers disappeared, and the construction workforce moved out of state. My office shrank to 1 person – me – for a few months until I hired back Dave Goslin who had joined in 1990. 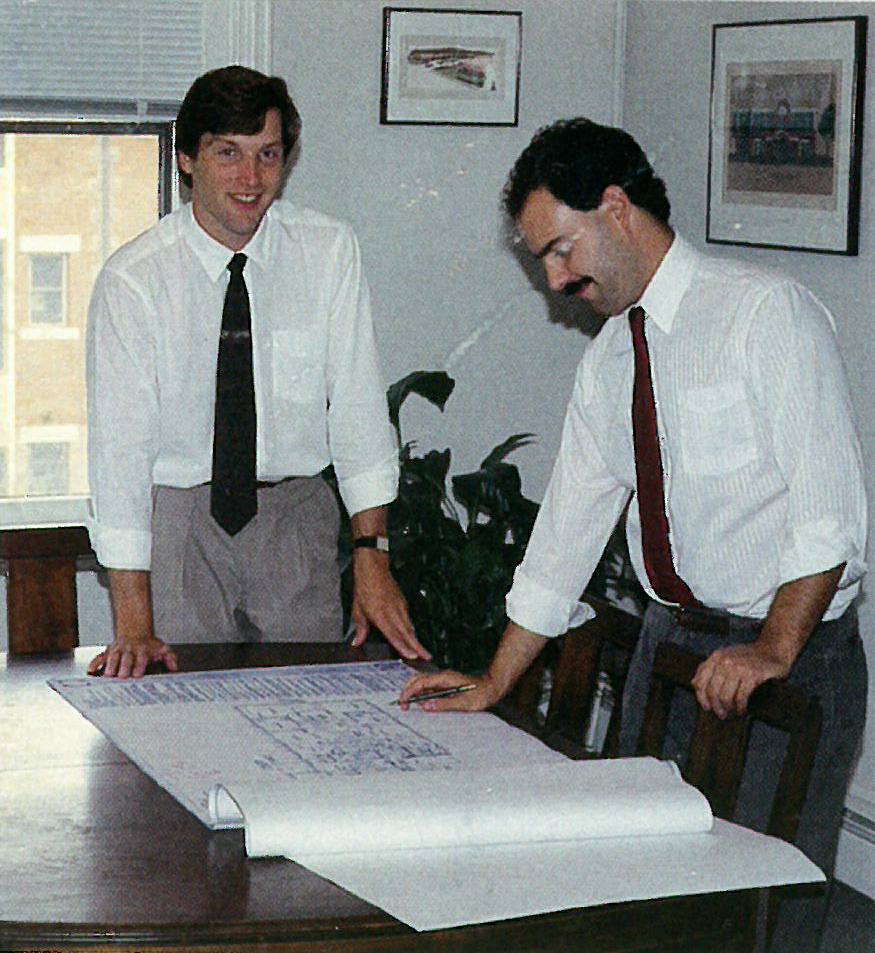 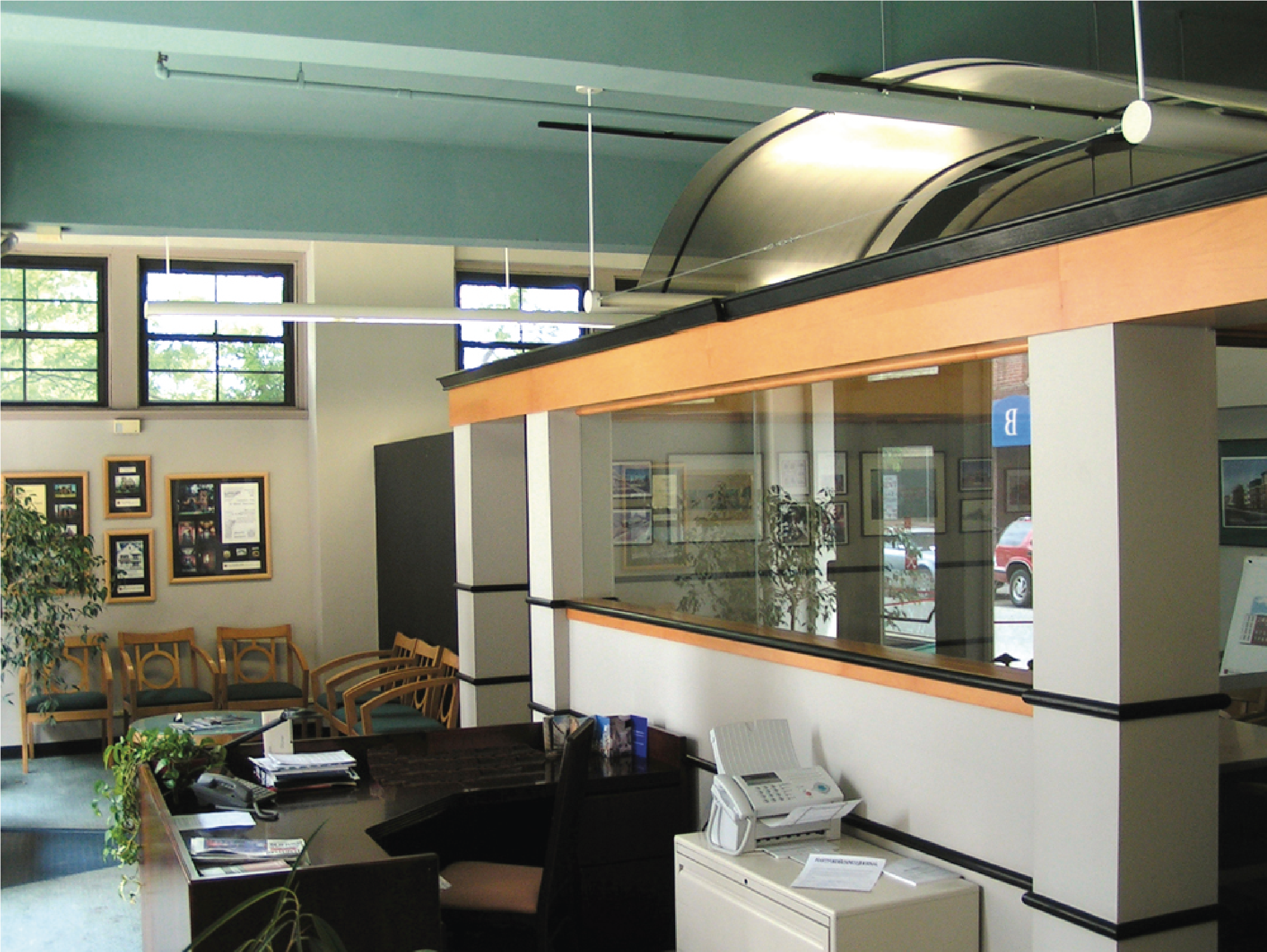 In 1994, I tried out a partnership with Lou Krupnick and together we moved downtown to 100 Allyn Street in Hartford. With a staff of 5, we occupied a storefront space that we renovated into a modern office. We began computer aided drafting using DataCad to complete our technical drawings. This partnership lasted until 1996. In the following years until 2003 our volume of work grew and we began working on larger projects, and increased to a staff of 8 people despite the mild recession of 2000. Also back in 1996, we transitioned to AutoCAD to stay current with the industry. In the late 1990s we began completing the Federal Historic Tax Credit Applications in house for our historic preservation projects.

In 2006, we moved to One Union Place into a dramatic third floor space of 4,000 s.f. with exposed steel trusses, cathedral ceiling and ridge skylight. With a staff of 8, the space seemed very large and gave us great potential for expansion, if the need ever arose. We continued to grow, hampered only by the great recession of 2009-2010 which slowed us down to short weeks for a couple of months. However, having survived while our competitors disappeared, we were able to step into the void as the economy improved and realized significant and rapid growth. We added staff and began to develop an internal management structure. 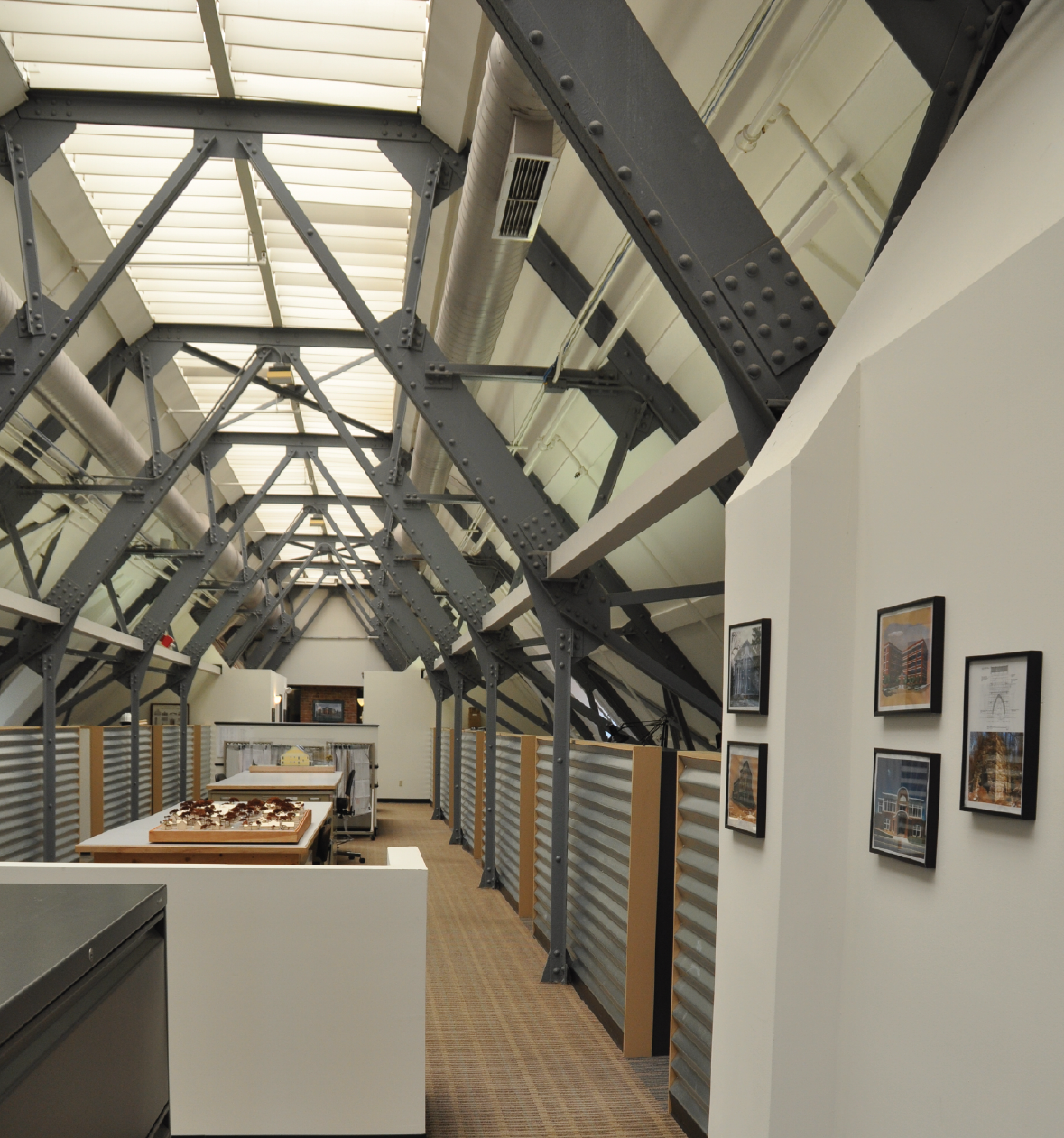 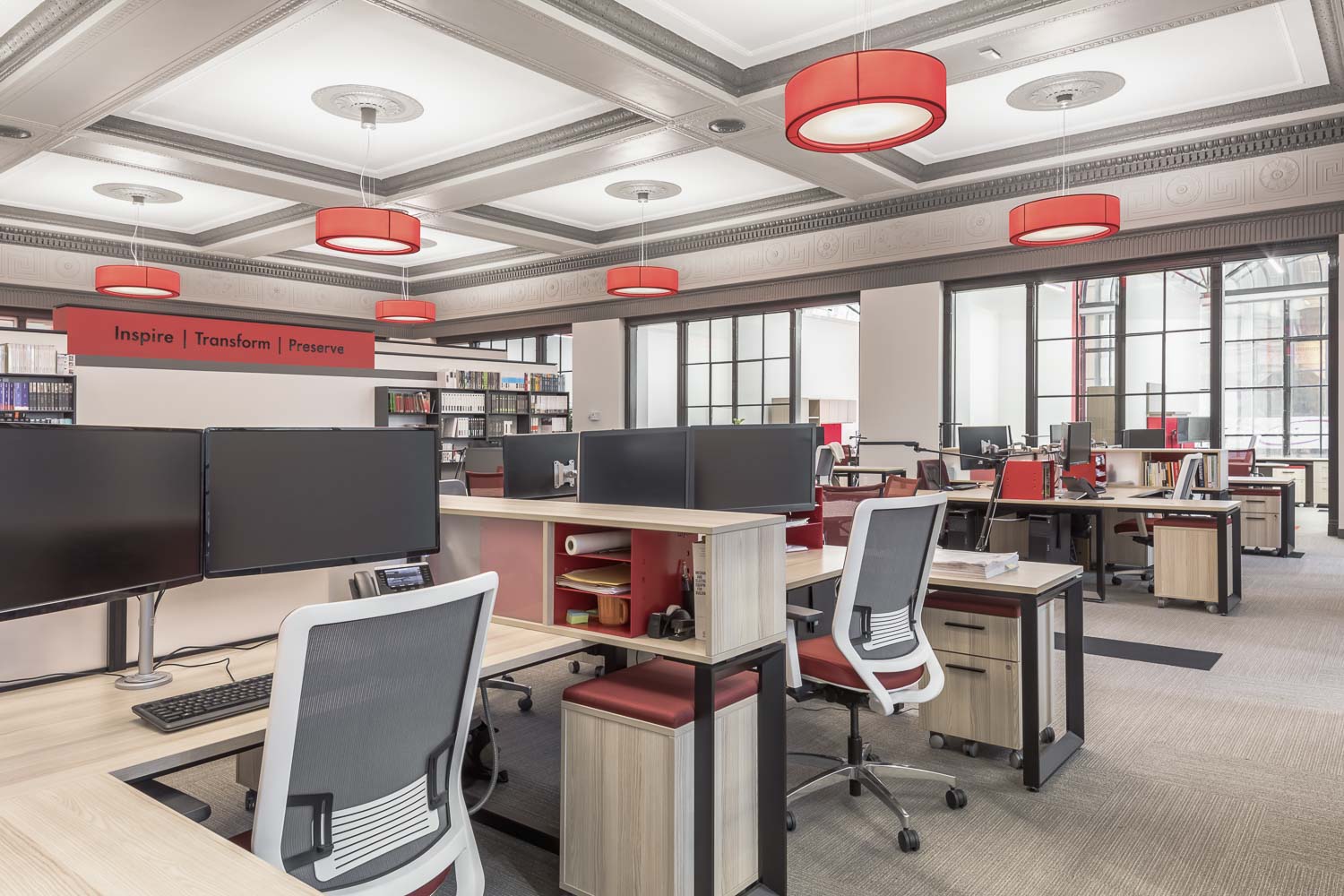 A Period of Growth and Development

In 2015, with 18 employees, we hired a business manager and expanded to a staff of 25. Having outgrown our space at One Union Place, we looked for a new office space and moved to our current office here in the old Hartford Connecticut Trust Building in 2016. Once in this space, we expanded further to a staff of 30 people and added Revit to our CAD software in order to keep up with our growing workload. Now using a blend of CAD, Revit, and other 3D computer rendering techniques we provide state of the art renderings, presentations and 3D models.

As we look towards the future, I do not expect our philosophical approach in doing business to change. We will continue to do our best for our clients, and will count on their loyalty to sustain us. As our workload and client network expands, so will we to service their needs. We look forward to the future, to the pleasure of working with all of our clients, to the challenges and excitement of our projects, and the enjoyment of our profession.